Akinator VIP was released by Elokence in early 2012. After over 8 years of development, Akinator has received over 100 million installs from Google Play.
Download
4.3/5 Votes: 40,775
Report
Developer
Elokence SASVersion
8.2.0
Updated
7 November2020Requirements
4.4and later versions
Size
31MGet it on

Akinator VIP was released by Elokence in early 2012. After over 8 years of development, Akinator has received over 100 million installs from Google Play. Elokence has also released a premium version called Akinator VIP. This version costs 300 rubles, but you can download the game for free from the link under our review.

About the gameplay in the game Akinator VIP

Akinator is presented as a genie capable of reading the player’s mind. He will ask questions, and you will answer him with one of five options: “Possible”, “Impossible”, “Yes”, “I do not know” and “No”. Each option is a level of confirmation of the genie’s question. He will collect them, analyze them and make predictions about the character you are trying to portray.

When will Akinator gather enough information and make a decision? It depends on your answers. At the bottom of the screen, you can see an information counter. When the clock is fully loaded, the level will end and Akinator will answer. But the problem is that the watch can load or lose information if you answer erratically and inconsistently. Thus, levels often stretch out longer and end up with an animal rather than a human.

In fact, Akinator is a virtual character. It is built on artificial intelligence technology , or rather machine learning. He comes up with a few random question patterns, and when you answer, he will receive information from you to formulate new topical questions. Of course, these questions usually concern a specific real-world character. An information indicator will show you if Akinator has enough knowledge to predict this character or not.

As you know, machine learning technology will work better with large amounts of data. That is, the more you play, the better the game works and the faster and more accurate the predictions.

Akinator VIP has 6 awards. You can view these awards at the Aki Awards, which include Black, Silver, Platinum, Bronze, Gold and Standard. These rewards will be given to you as you earn special achievements.

By default, Akinator wears a blue suit. If you think it looks boring, you can visit the “Customize” section. You can choose from a variety of unique outfits such as Aboriginal, Dracula, Rapper, Knight, Diver, etc. Alternatively, you can also buy prettier hats for Akinator. 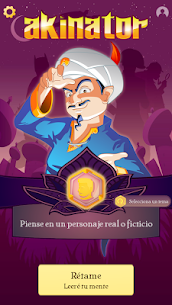 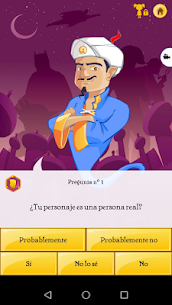 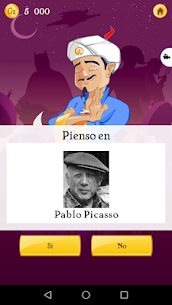 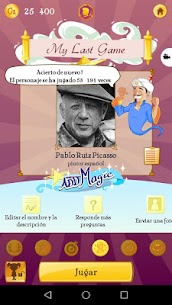 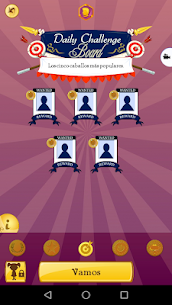