Darkfire Heroes  is a mobile RPG in which you control a team of heroes fighting powerful monsters and bosses.
Download
4.3/5 Votes: 17,581
Report
Developer
Rovio Entertainment CorporationVersion
1.20.3
Updated
19 May 2021Requirements
5.0 and later versions
Size
224MGet it on

Darkfire Heroes  is a mobile RPG in which you control a team of heroes fighting powerful monsters and bosses. The game is developed and published by Rovio Entertainment, the creators of the cult Angry Birds series  . The game offers to collect a squad of brave warriors and go on an exciting adventure.

Darkfire Heroes is a simple RPG in which we mainly explore locations and fight in 3D arenas. We fight both regular enemies and much stronger bosses.

We manage a team of heroes with different skills. The list of characters includes dozens of positions and we can find, among others, knights, wizards, archers, priests or assassins that we can use during the battle. Comparison of the abilities of individual characters is key here.

As we progress in the game, we unlock new heroes and develop the skills and equipment of the ones we already have.

In Darkfire Heroes, we can play solo or with other players. The game offers a story campaign of several hundred levels and an online multiplayer mode focused on the PvP mode.

The hero of our review has a fairly simple three-dimensional graphic design that does not stand out in anything. The developers used a colorful art style reminiscent of animated films or comics.

A terrible new enemy arrives: the psionics! Take on them in the "Infested Mine" campaign and new events, but be careful with their mental attacks! Psionics are capable of dealing a new type of damage, the Spirit Call, which will always affect the lowest defensive stat. Stand up to this type of damage with the new heroes and the new spell! 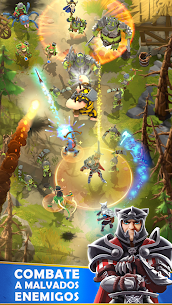 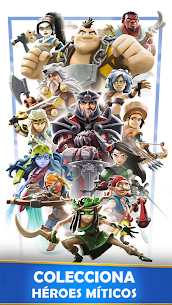 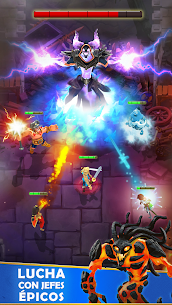 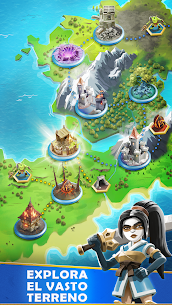 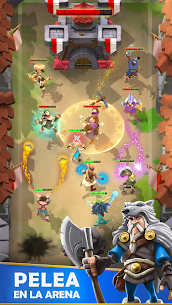