Microsoft Edge for Android is a natural evolution of the well-known Internet Explorer. In this article, we’ll look at how the mobile version of Edge does its job and whether it can compete with market leaders like Google Chrome and Opera .

Features of the Microsoft Edge app

The mobile version of Edge does not use Microsoft EdgeHTML code. Instead, the Android version of the browser is based on the Chrome Blink engine. The Blink engine (the engine for displaying web pages) is nimble and lightweight.

Meanwhile, Edge’s mobile design should be familiar to both desktop Edge users and mobile browser users in general. At the bottom, there is a strip with back and forward buttons, a tab manager, a button to send the current tab to the Edge version on Windows 10 PCs, and a three-dot menu button that provides access to additional features such as bookmarking or searching for text On the page.

Meanwhile, that bottom bar, plus the top bar displaying your web address, fade out of sight as you scroll down the page, maximizing the number of pages. If you want to see them again, just scroll up a bit.

Microsoft has its own search engine called Bing. This search engine is installed by default in Microsoft Edge. Accordingly, the search results will differ from similar queries entered in Chrome. But nobody forces you to use Bing. In the settings, you can change the search engine by setting Google as the main one.

Should you install Microsoft Edge for Android

Ultimately, the mobile version of Edge looks more like an extension to Windows 10 than it can compete with the widespread adoption of Chrome. If you’re already familiar with Chrome, Opera, or Firefox, Edge still doesn’t have a killer feature worth challenging the competition.

Thanks for using Microsoft Edge! Here’s what’s new in this release:
•    Try Collections! Easily collect and organize content as you browse the web -- with any of your signed-in devices.
We’ve also made some general bug fixes and performance improvements. 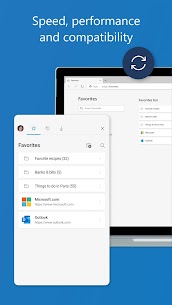 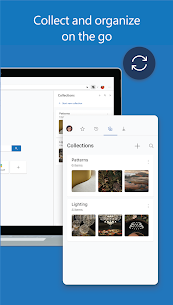 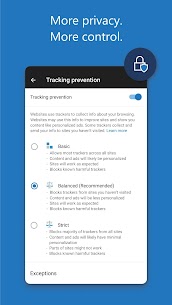