Ninja's Creed is one of the fun 3D real sniper shooting games with various types of killer weapons. You will feel a really powerful shooting experience and excellent 3D graphics. You must hide in the shadows, secretly eliminate the criminal gangs, erase our justice and assassinate the supreme leaders of the crime forces, become the archer who shoots king of each region! Smash them all! It is an epic fps shooter game that combines elements of the ninja assassin and play for free. Start your first person action archery adventure, set the target and take down evil with an arrow, end injustice, become the invisible protector of the city! Be the hero and the shooting king, you are an archery expert!
Download
4.4/5 Votes: 278,338
Report
Developer
707 INTERACTIVE: Fun Epic Casual GamesVersion
2.2.1
Updated
7 May 2021Requirements
5.0 and later versions
Size
147MGet it on

The Ninja Creed game tells about the adventure of a young ninja who wants to destroy a mafia clan. The city where the ninja lives is under the control of gangsters. The ninja family was one of the innocently killed victims. He decided to take revenge, simultaneously overthrowing all this evil force in order to restore peace in the city.

Gameplay in the game Ninja Creed

The gameplay of the hero of our review is very similar to Sniper 3D , but with a more thorough immersion in the storyline.

In particular, when you complete a mission, you will be taken to a specific location with the aim of destroying the character assigned by the game. For each completed mission, you will receive rewards, including: money, achievements, experience points to increase the level.

However, there are a few things worth mentioning. The first is the proposal of the system. It is simply a line of text briefly describing a target to be destroyed, such as a man with a suitcase, a man in red, or a running man. This is a rather vague description and can be confusing when the area is full of people. Pay close attention and look for the right target, because if you kill the wrong person, the mission will fail.

Secondly, the difficulties are constantly increasing. Sometimes a mission forces you to  within 30 seconds, or many targets appear on the map. At that time, you must have good aiming skills to take advantage of these factors, and you also need to choose the right weapon.

Use some ninja skills

You will have a little time to eliminate the target. The victim will be on the lookout and constantly hide behind bodyguards. In this case, you need to have a strong enough weapon to kill them all, or use Eagle Vision if the enemy is too far away and you need more vision.

If you don’t like using Eagle Vision, your other option is to upgrade your weapon. While this process costs a lot of money, it gives you many benefits like reload speed, rate of fire, range, or damage.

With more powerful weapons, you can attack faster by killing more than one target with a single shot.

There are currently three unique weapons in Ninja Creed that ninjas often use. These include hidden weapons, a bow, and a double crossbow. The characteristics of each of them are very different, for example, the hidden weapon has a curved path arrow that can kill multiple targets in a horizontal direction. And the arrow has a straight line of motion that focuses on only one target. Depending on the complexity of the terrain and the map, you can choose the right weapon. 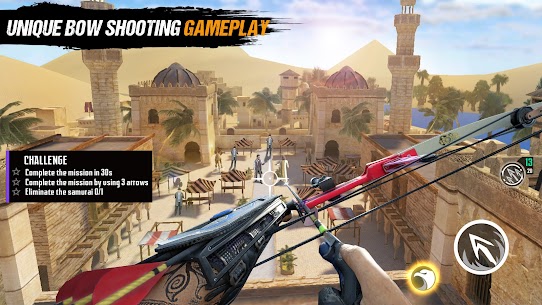 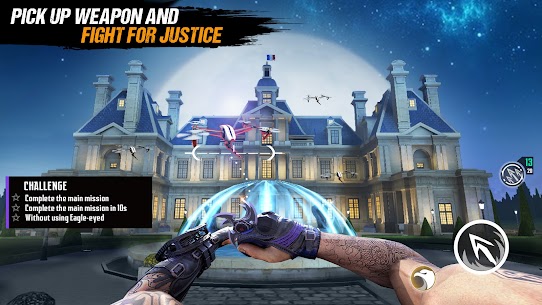 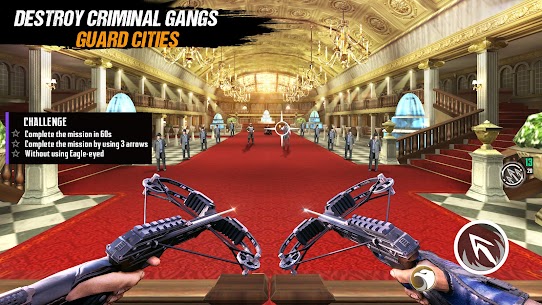 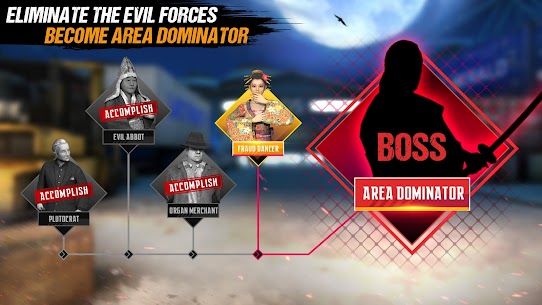 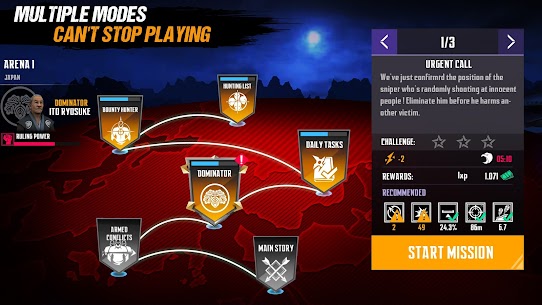