PIFLIE is a puzzle and arcade game developed and published by Hipster Whale. You may know this studio from the popular game Crossy Road . The hero of our review was first released on mobile devices, and then on the Nintendo Switch. The game received good reviews and a high rating.

Gameplay of the game Piffle / Piffle

The game allows us to play the role of a cute guy in a cat costume who is trying to save his kidnapped four-legged companion.

In terms of gameplay, the game resembles the Bust-A-Move series. Hundreds of boards that we select from the world map level are waiting to be played. On each of them, our goal is to destroy all the blocks before they hit our protoganist. To cope with this task, we launch creatures called “pifla”. These are fluffy balls that resemble cats. The more cats you have, the more firepower, thanks to which even the most durable blocks are destroyed faster. More “ammunition” can be obtained by knocking down checkers placed on the board. This introduces an important planning element to the gameplay: should heap breaks or try to loosen blocks? How to get the most out of one shot?

As you progress, new elements appear to diversify the gameplay, for example, new types of blocks. Some can move, for example, some open different blocks, and some explode. However, we are not completely defenseless against these challenges. Also, our ward can use bonuses of one type or another.

The mobile version implements micropayments, while the Nintendo Switch version does not. We save virtual currency for which you can unlock cosmetic items.

As always, we also improved the overall game experience and fixed some bugs. 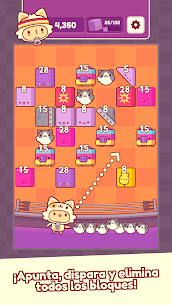 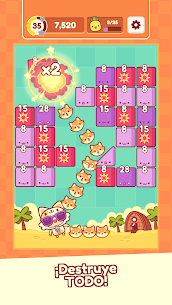 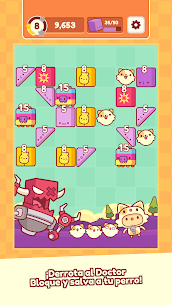 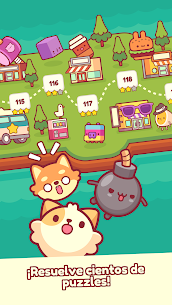 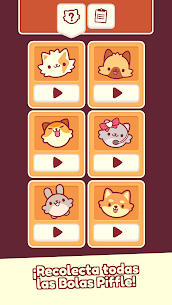