By far the best mobile fighting game we've ever tried. - Toucharcade. Skullgirls for Android is one of the typical Gacha games.
Download
4.7/5 Votes: 208,019
Report
Developer
Autumn Games LLCVersion
4.7.1
Updated
5 May 2021Requirements
4.4 and later versions
Size
88MGet it on

Skullgirls for Android is one of the typical Gacha games. It was released by Autumn Games for the Android platform in May 2017. The game has currently received a fairly high rating (4.7 / 5 stars) thanks to its engaging content and RPG gameplay.

More about the plot in Skullgirls on android

Skullgirls takes place in the kingdom of Canopy, where people are trying to find an artifact called “Skull Heart”. Legend has it that every 7 years this artifact embodies the desire of the woman who found it. If her soul is pure, her wish will come true. Otherwise, she will be cursed and turned into a creature known as Skullgirls. Players, just face such a cursed girl who wants to destroy the kingdom. You will need to create your army to fight it.

Join Skullgirls, you will join the battle against the villains. Your mission is to defeat all enemies before the time runs out.

The game controls are flexible enough. You touch the right side of the screen to punch or kick. Meanwhile, touching the edges of the screen at the same time will create a critical attack.

Skullgirls’ content is based on a tree model. You will select points (nodes) in the tree for the game. This also means that you can choose tasks. This model is flexible enough and was also used in the Marvel Contest of Champions by Kabam Games. Please note that bosses appear in special nodes, and collisions with them cannot be avoided.

Characters in the game Skullgirls for android

As mentioned earlier, Skullgirls is a typical game with Gacha mechanics. This means that you will get a random character when you reveal cards or use a lucky spin. Characters have different characteristics and abilities. They are ranked too, and if you want to get rare characters, you will have to spend a lot of money to buy special cards.

Each character in the game belongs to a certain class, which gives them special skills. Thanks to this feature, the game offers many tactics. You will need to build the right team if you want to increase your chances of winning.

Characters can also level up. This gives them attribute points and the ability to unlock new combat skills. You can test the skills of each character in the Skill Tree.

Skullgirls encourages players to log into the game every day, rewarding them with nice bonuses. Skullgirls also has a rookie event. They will receive a new character upon login for 7 consecutive days.

Victory rewards include experience points, coins, and diamonds. The amount depends on the results achieved. For example, by defeating an opponent in a short time, or your team will not lose a participant. In addition, Skullgirls also has a daily quest system.

The battle for the rift

Rift Battle is the most famous mode in Skullgirls. Here you can chat with other real players to compete and score achievements. The matchmaking system in the game will automatically find opponents that match the strength of your squad. However, you need to organize your squad first, and you cannot change members after the start of the battle.

To easily take advantage of online opponents in Rift Battle, you must understand the power nature of each character and have control skills. If you feel that your skills and knowledge are not enough, you should practice more in the training mode. The system will provide suggestions and related instructions to help you improve your skills and tactics.

Release Notes 4.7
- HOLOMISE DANGERS: Everyone's favorite PE event IS BACK, and now it's DAILY!
- CINCO DE MAYO EVENT: Celebrate Cinco de Mayo with a prize-winning fight, relic, and tons of free rewards!
- FREE GIFTS: Don't forget to log in after the update to get your free gifts!

For more information, check out the forums at skullgirlsmobile.com/updates! 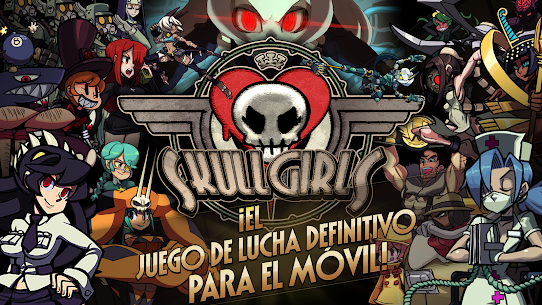 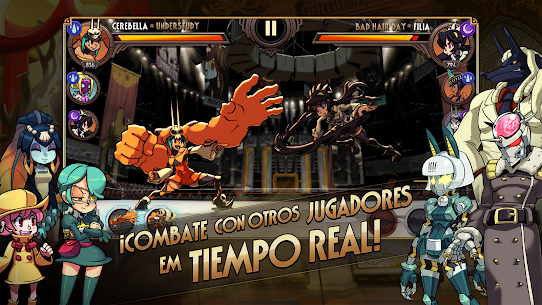 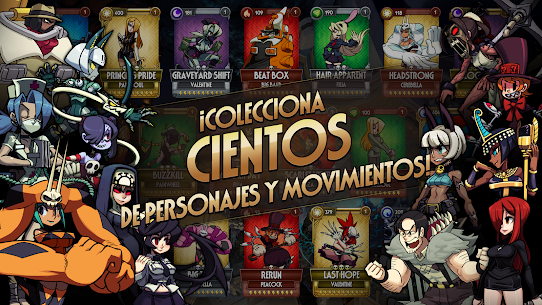 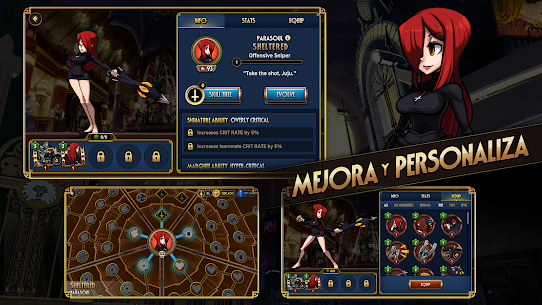 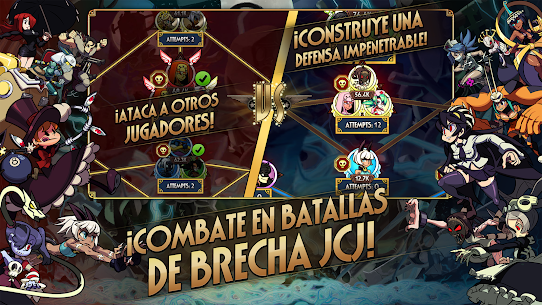