A hidden world of mystery has succumbed to an ominous darkness. Now you must make your way through the fallen lands, light magical braziers and discover a way to banish the darkness once and for all.
Download
4.3/5 Votes: 3,044
Report
Developer
10tons LtdVersion
1.1.2
Updated
8 June 2018Requirements
3.0 and later versions
Size
26MGet it on

Sparkle Unleashed is a simple 2D arcade and logic game in which we match colorful crystals. The game was produced and published by 10tons, a studio that has been developing applications for mobile devices since 2003. This is the third installment in the Sparkle series. The first part debuted in 2013 and the second one in 2014.

The game campaign consists of more than 108 levels of increasing difficulty. The rules of the game will be clear to everyone who has ever encountered such games – the gameplay in Sparkle Unleashed does not differ much from what was offered by the previous versions of the series. Our circular crystal launcher sits in the center of the screen – we control it with an analog stick.

The big new thing in Sparkle Unleashed is the ability to directly control and move the cannon at the bottom of the map. Crystals move in a line and head towards one or more holes. If there are 3 stones of the same color nearby, they are destroyed. Shooting colored stones from the cannon, we must destroy the entire chain before it falls into the hole. We can do this using 18 different types of bonuses.

The game has three modes: Campaign, Survival and Challenge. In the first one, we go through successive levels. The second tests our agility and speed, gradually increasing the difficulty level as we play. In the latter mode, we collect points in a limited time. The creators have also introduced multiple difficulty levels that will satisfy even the most ardent fans and veterans of the series.

Sparkle Unleashed is very simple and hasn’t changed in any way from the first two versions of the Sparkle series. As before, the monotonous graphics are varied with a variety of backgrounds and special effects accompanying explosions and bonuses. 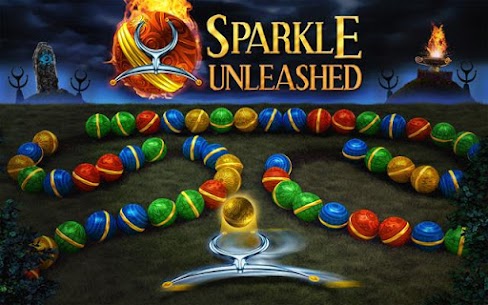 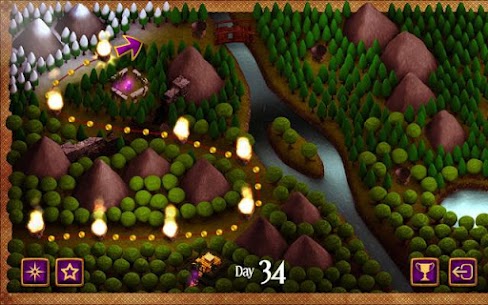 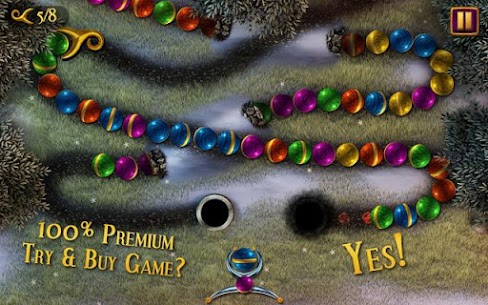